We spent the day after this years Copenhagen Beer Celebration at Amager Bryghus just outside of Copenhagen. They had invited the mighty Jester King to do a collaboration brew with them. A re-brew of the classic English ale yeast version of the Black Metal Imperial Stout were made, of course with some few adjustments and re-baptised to Danish Metal. Henrik Papsø of Amager were nice enough to invite us and some other bloggers and brewers. It was a really nice sunny afternoon with BBQ and beer. We decided to have a little chat with one of the the owners of Jester King; Ron Extract and the head brewer Garrett Crowell. We initially planned to cover more subjects but the Jester King guys were very thorough on the subjects we talked about and we think 19 minutes is enough! Enjoy the interview!

Danish Metal should be available at some good beer shops in Denmark and possibly other countries shortly. Lay down your souls to the gods rock 'n' roll... Black Metal! 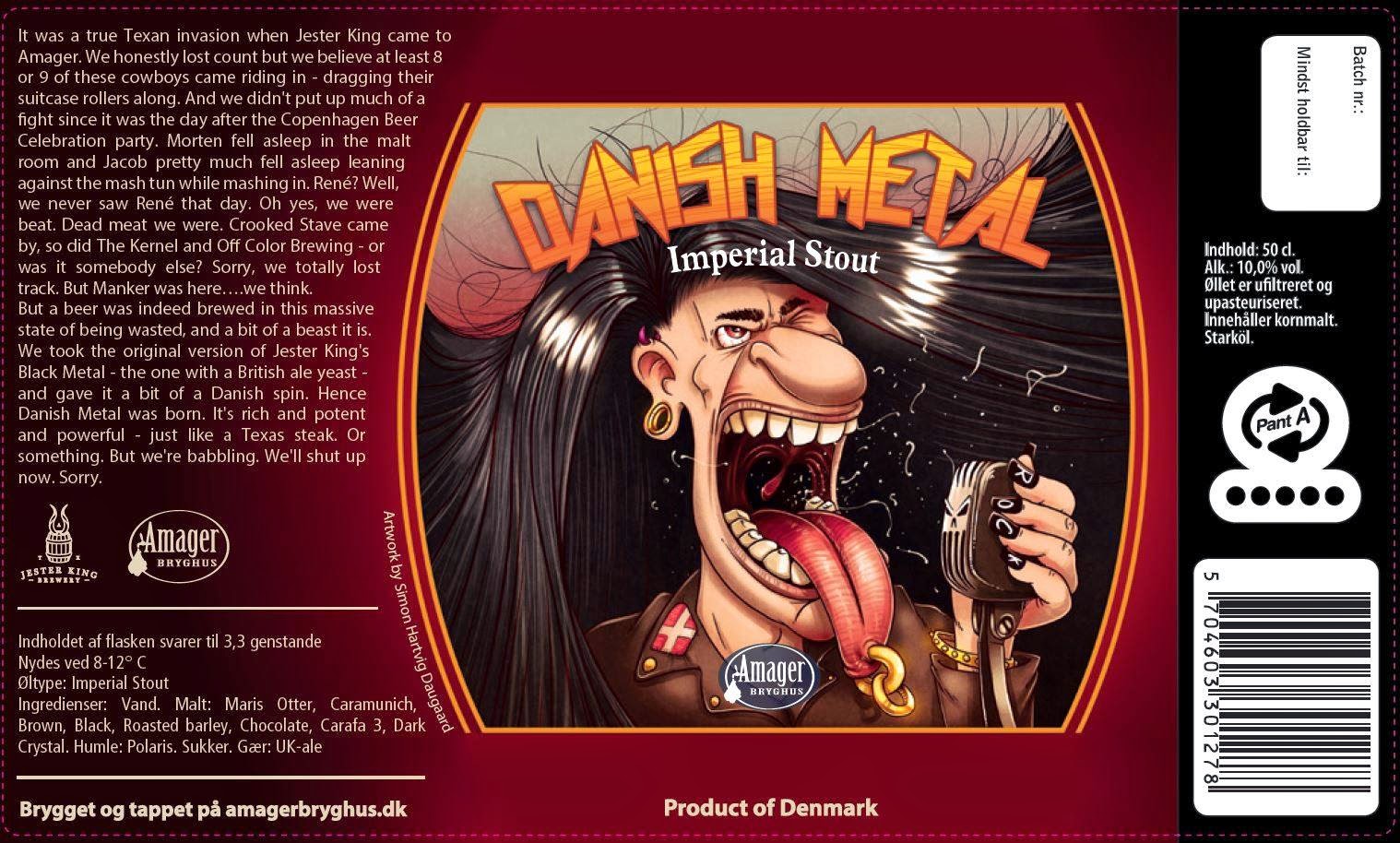